A conference was held to introduce the history of the Fener district and promote Balat Cultural House together with the Soroptimist identity.

Conferences & talks addressing diverse subjects highly contribute to the promotion of Balat Cultural House. Familiarizing the community with our history and creating publicity for Balat Cultural House as an exemplary entrepreneurship initiative were the goals of the conference.

Assoc. Prof. Dr. Zeynep Sözen is a scholar, an architect & also a well-known researcher on Fener & Greek history. She is the writer of the book “Phanariote Masters”, focusing on the history of Fener. The origin of the name “Phanar”, entertaining stories from Phanar to Wallachia and Moldavia, famous Phanariote Masters such as Dimitri Kandemir& various historical anecdotes were related during the conference.

Balat Cultural House is located in Fener, a neighborhood midway up the Golden Horn in the Fatih district of Istanbul, Turkey. The district's contemporary name is a Turkish transliteration of an original Greek word for a lighting lantern or a streetlight. It comes from a column topped with a lantern in the Byzantine times.

During the Ottoman period, the Fener district became home to many Greeks in the city. The Patriarchate of Constantinople was moved here and stands to date. "Phanar(i)" is often used as shorthand for the Ecumenical Patriarchate, like "Vatican" is used for the Roman Catholic Church. Greek inhabitants of Fener were called "Phanariotes" as leading assistants to the Sultan in various capacities and offices. Wealthy Phanariotes were appointed as governors over provinces in Turkish Europe and Greece, and as Voivode of Wallachia and Moldavia in the 18th & first decades of 19th century. Voivode is a Slavic title referring to the principal commander of a military force. During Ottoman times, Voivode was the ruler of a province, whose powers included the administration, security and tax collection under a special regime. The word gradually came to refer to the governor of a province. The territory administered by a voivode is known in English as a voivodeship. In the English language, it was translated as prince or duke.

It was interesting to learn that the sons of Voivodes, the princes, were forced to live in İstanbul almost as hostage to assure that there will not be any rebellions in the province.

We also learned about major Phanariote families in this conference. Kandemir family was one of the most prominent. Prince Dimitri Kandemir studied Latin and Greek, being thoroughly acquainted with classical literature. He also became interested in music during his youth although he didn't study it seriously. From the time he was 13, he was forced to stay in Istanbul. He lived here, studying history at the Patriarchate's academy and composing music. Although he succeeded his father as prince of Moldavia, the Ottomans of the time preferred another candidate and he was unable to become the ruler of Moldavia until he was allowed to return to his own country in 1710. House of Dimitri Kandemir, one of the largest historical buildings, is located close to the Balat Cultural House. 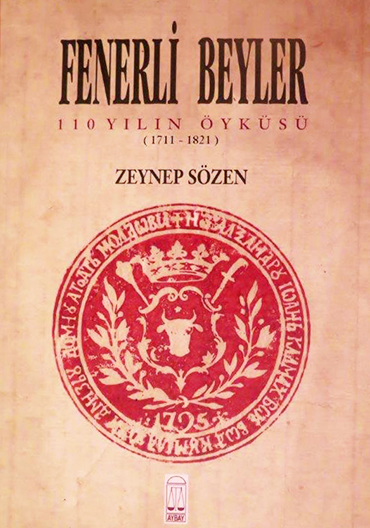